April Mortemore began her career in movement at Polestar Pilates Education in 2004. It was there that she learned how to stretch, strengthen and elongate the human body through the Pilates movement system. She has taken additional trainings in cranial sacral and massage therapies but found that her passion was in movement. This brought her to the GYROTONIC movement system in 2005. She was able to further all of the Pilates concepts through the GYROTONIC movement system. This helped her to evolve into more intelligent movement with endless possibilities in range of motion.

She trained under many master teachers such as Angela Crowley and Bradley Kreamer before certifying in 2007. In 2009, the opportunity arose to certify on the GYROTONIC Jumping-Stretching Board and Leg Extension Unit with master teacher, Bradley Kreamer. This knowledge inspired her to take the GYROTONIC Level 2 repertoire in 2010 with Cori Doetzer, Kathy Van Patten and Gina Muensterkoetter. In 2011, Mari Kasich guided her through her journey in GYROKINESIS certification. Angela Crowley certified her on the GYROTONER in 2012.

She has attended the GYROTONIC applications for Osteoporosis, Shoulder Girdle, Pelvic Floor, Fascia, Golf, Tennis and GYROKINESIS Happy Moves repertoire. She was working at Body Kinetics of Florida from 2004-2016 as Director of Fitness. In 2013, April founded Balanced Spirals to work toward the goal of studio ownership. Under the tutelage of Pamela Mortemore, Balanced Spirals opened as a studio in 2016. She continues to educate as many people in these movement systems as possible. She strives to share movement and wellness with the world. 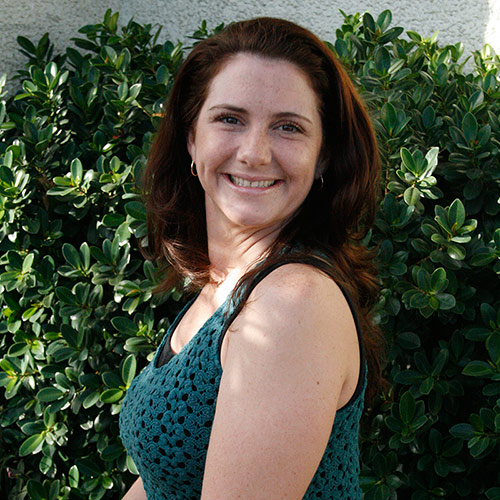